Girl Rising is a global movement to help empower girls through education. In supporting their cause they created a documentary that aims to change the way girls in the world have been stigmatized.

Girl Rising journeys around the globe to witness the strength of the human spirit and the power of education to change the world. Viewers get to know nine unforgettable girls living in the developing world: ordinary girls who confront tremendous challenges and overcome nearly impossible odds to pursue their dreams. Prize-winning authors put the girls’ remarkable stories into words, and renowned actors give them voice. The power of story-telling really engages an audience that might be blind to the types of issues girls around the world face. You can view the documentary here, and you can also arrange to have a screening with friends. These stories are ones that need to be shared in order to have productive conversations about what action can be done to effectively empower the next generation of women.

either of the two main categories (male and female) into which humans and many other living things are divided on the basis of their reproductive functions: adults of both sexes.

I have always been fascinated by the concept of gender, particularly how gender is socially constructed and how it gives us an identity. It is a fact that men and women are biologically different: we define our sex based on our reproductive organs. Gender however, is different. How do we define our gender? Other than the evident biological differences that exist between men and women, our society has constructed traditional gender roles that prescribe certain behaviors based on what is considered “feminine” and “masculine.” Anthropologist Margaret Mead was among the first to distinguish between gender and sex and study the ways in which cultural conditioning plays a much bigger role than biology in shaping men and women’s behaviors. Even though every culture differs as to what these behaviors entail, there is a sense of universality, (or rather, a “western universality”) among most of them, so for instance, it is the norm for girls to wear dresses and for boys not to wear them; or for girls to play with dolls and boys to play with cars, and so forth. 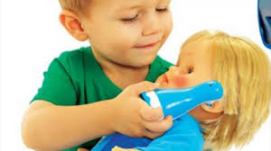 These might seem like pretty trivial examples, but if we analyze them closer we will soon realize that these behaviors are “taught” or “imposed” on us. I think that even if some children are given the choice to decide what toy they want to play with, family, society and school will still be responsible for shaping that child’s gender. This is why Sweden’s move to neutralize gender in schools is revolutionary in that it is challenging societal preconceived notions of gender. 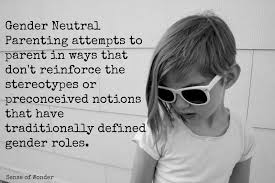 Foucault’s studies on power relationships, gender and sexuality, explain how we construct our social meanings of normalcy, and how these social constructions are used to marginalize and oppress behaviors that divert from the “norm.” All social institutions play a role in forming these notions, and gender is certainly one of them. Foucault encourages us to find our identities outside of the “normal” patterns established by society (Feinberg & Soltis, 2009).

The deconstruction of gender, from a woman’s perspective, I think poses an incredibly interesting challenge and question for our future generations. Gender has undoubtedly played a role in power structures around the world and throughout history. Millions of women around the world still face discrimination and violence- just for the sake of being female. For example, women in Iran are worth “half” than their male counterparts, limiting their inheritance and property rights, making them victims of “justifiable” domestic violence, and requiring the permission of their husbands to travel, among many other differences. Will deconstructing gender and redefining gender roles improve their lives? Will our world become more egalitarian, just and equitable if gender as we perceive it today changes? I don’t have the answer to these questions but I do think they are worth asking and worth exploring. 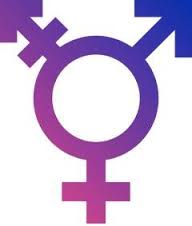 In conversation with Dr. Mark Stern, who specializes in political economy, social theory, and public education, among others, when asked if he thinks gender matters, offered the following interesting insight: “I believe that gender could represent human potentiality. Gender represents a horizon or possibility for human engagement with the world–how we express who we are, how we feel, and what we do with that. Gender represents possibility to be and to be otherwise–potential, rather than limit (the way it currently functions).” Seen from this perspective, gender becomes an enabling factor as opposed to a disabling one. It represents another dimension of freedom- of freedom to choose and feel what we identify ourselves with.

Does gender matter? I would argue that it matters as long as it empowers us, and as long as it doesn’t function as a means of oppression or “normalization” where we hinder the potentiality of expressing our identities as human beings.

END_OF_DOCUMENT_TOKEN_TO_BE_REPLACED

The Price of Rape and Slavery In The UK 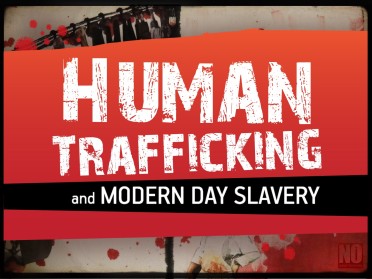 Last week, the international media focused its attention on a modern-day slavery story that first gained attention in 2012 when Ilyas and Tallat Ashar, a British-Pakistani millionaire couple were accused of charges of trafficking, rape, abuse and fraud. They were subsequently found guilty and jailed in 2013. In 2000, Ilyas Ashar now 86, and his wife Tallat Ashar 69, trafficked a deaf and mute Pakistani girl presumed to be age 10 at the time, into the UK to “work” as a domestic help. Apparently, the girl was told her parents had died and arrived in the UK in 2000 with a passport that stated she was 19 years old, and was allowed into Britain on the condition that she did not apply for public money.  She was kept in the couples’ cellar in their home in Eccles, Salford, in inhumane conditions, exploited, forced to work, beaten and raped regularly. Furthermore, the couple claimed benefits for the girl from the state.

Now, the court calculated the Ashars have to pay the victim £101,300 ($160,000). This is the amount that she would have been paid if she had earned the minimum wage working for the couple for 12 hours a day, every day since 2003 except for ten days off.

To say the least, I was repulsed by this news. I was not only appalled by the frivolous way in which the news has been handled by the media, particularly in the UK, but by the court’s concession to pay the victim £100,000. £100,000!! This girl lost almost ten years of her life enduring the most horrific forms of abuse. Nothing we do now can change what happened, and money cannot make up for all her suffering. But calculating £100,000 based on minimum-wage figures, considering that the girl was a minor throughout most of that time, over-working, raped, beaten, abused and that the Ashars are MILLIONAIRES, this amount doesn’t even come close to what the girl should have received in compensation. In addition, Ilyas Ashar received 16 years in prison and his wife 5. I am no supporter of the death penalty, but I certainly think the couple deserves a life sentence.

This is just another case of modern-day slavery in the world we live in. Women are the most vulnerable victims of sex trafficking in the world. This is an issue that I believe so-called “developed” nations as Britain, have greatly failed to address although they have pledged to tackle human trafficking. Unfortunately in many cases the victims are being trafficked to the “developed” world. I am still wondering how it is possible that the girl was not discovered sooner, particularly since the couple was claiming social benefits from the state on her behalf. How was she never checked on? Was just her signature sufficient? The girl was only discovered because the Ashars’ home was raided on money laundering charges. There are serious faults with the British welfare and justice systems.

On the Pakistani side questions also remained unanswered. Was the victim sold by her family to this couple? Was she just snatched and taken away? What are Pakistani authorities doing to prevent the trafficking of young girls? I failed to find any news that answered any of these questions.

In light of the

recent Nobel Peace Prize awarded to a young Pakistani girl, (read my fellow blogger danibicknell’s post on this), we should give priority to the issue of human and sex trafficking, since it is one of the greatest challenges that many young girls face around the world. Furthermore, the issue of education and protection for trafficked victims is also an important debate to have. Should the “host” country take responsibility for the education and reinsertion of trafficked victims into society? UNODC has a Victim’s Trust Fund to aid NGOs, governments and civil society organizations to help victims of trafficking. Britain takes responsibility for its child trafficking victims, and it has taken responsibility for the education and reinsertion of the Pakistani girl in this story. According to equalitynow.org, there are at least 20.9 million adults and children who are bought and sold worldwide into commercial sexual servitude, forced labor and bonded labor- of these, women and girls make up 98% of victims of trafficking for sexual exploitation. These figures are only estimates, since the scope of the problem is beyond measurement.  Most victims of trafficking remain in the dark, voiceless and helpless. In the 21st century we are dealing with serious issues of trafficking and slavery, and much work needs to be done in order to stop it.